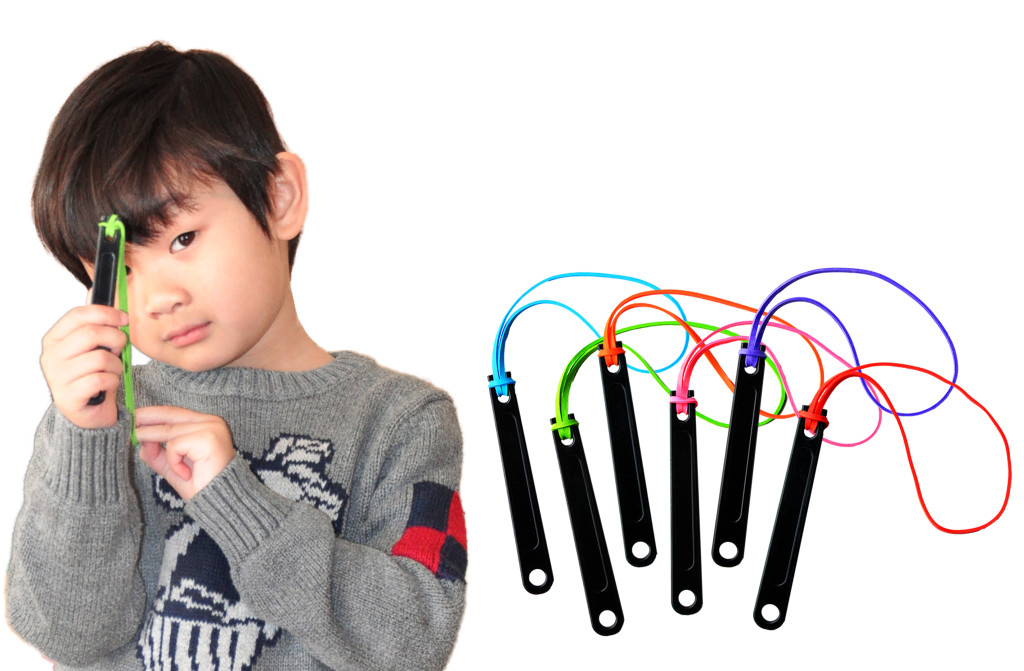 SlingSwatter was born in 2013 when Dexter, the founder of SlingSwatter – and his son David were playing together in their family room.  They were shooting a mini Lego™ man by holding the rubber band and targeting each figure, one by one.  Dexter and David enjoyed playing the shooting game every day, and they liked to compete to see who is the fastest to eliminate the targets. 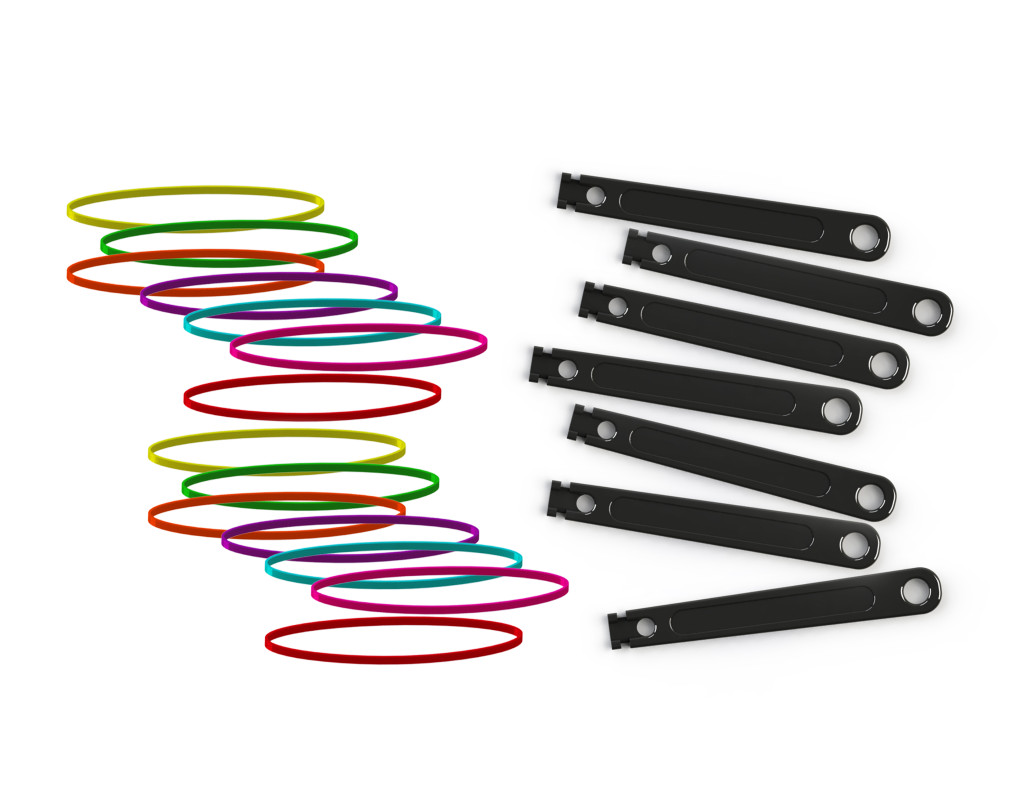 Then, when Dexter decided that he would make his idea into a product, he began to design a handle that would hold a rubber band (instead of just holding it with his fingers) when shooting at a target. Dexter began experimenting in order to create a more ergonomic prototype handle that would be comfortable for both his son and himself to hold as well.  After a month, Dexter decided to mimic the design of a slingshot, but using a single, smaller rubber band – and attached it to the handle.  It worked out very well. While Dexter and David played every day with the working prototypes, they began to think up different types of games – and different targets as well.  They began to implement different types of targets, like; Styrofoam cups, grapes, cherry tomatoes, popcorn, cereal grains, etc… They found that shooting these varying targets is more fun than shooting a mini Lego™ man because the targets get shattered into pieces in seconds, and it became a very fun and exciting game for them to play all the time. 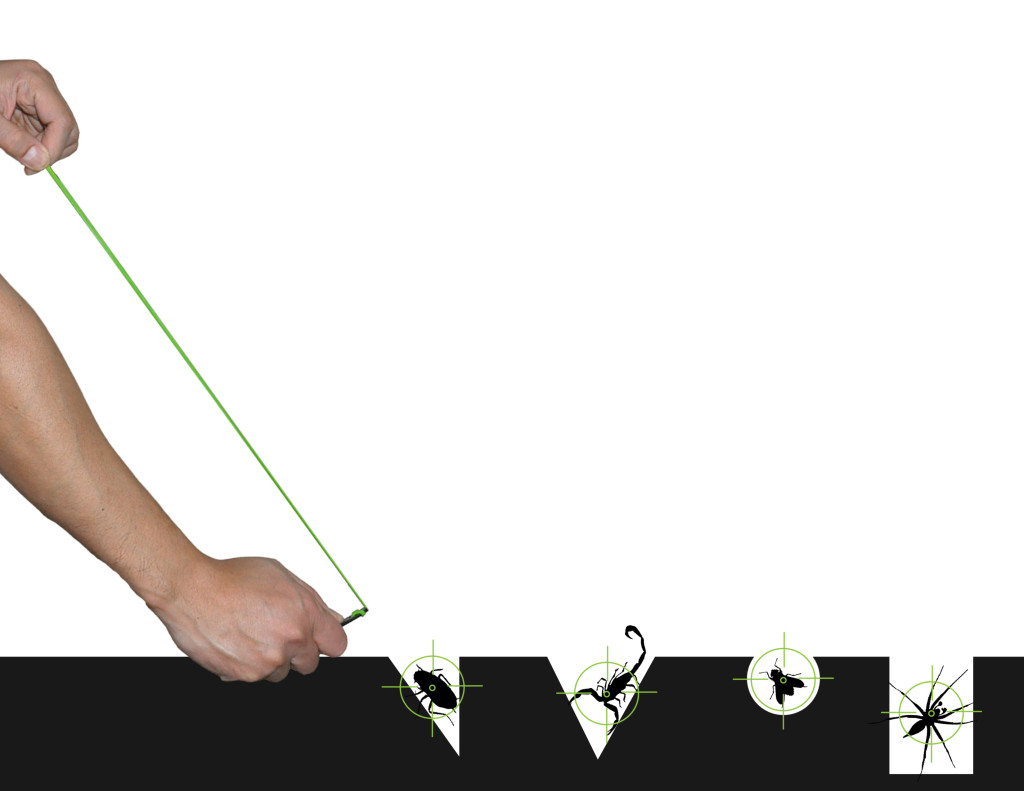 Then, when Dexter wanted to think up the best name for his product – he came up with the name “SlingSwatter” because he simply combined the words Slingshot and Fly Swatter together.